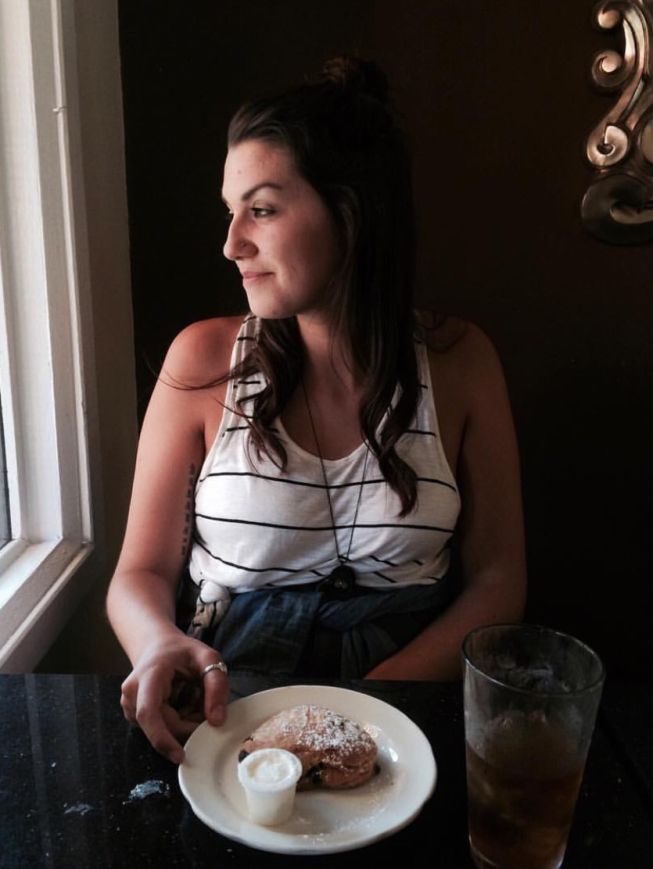 I want to start by saying that The Orange Bead Collective is a vibrant source of light and power. This brilliant movement is exactly the thing I needed to see when I felt the most scared, alone, and abandoned. I truly believe the world can benefit from movements like this and I am so thankful that someone has created a safe haven for people to turn to when they feel the absolutely lost and voiceless.

My whole life, I lived with a person who suffers from sever bipolar disorder: my brother. A brother is a person who is supposed to protect you, love you, and be your best friend. But growing up, I had that with my younger brother, but never my older brother. All I knew, or was able to understand at the time, was that he hurt us, physically and mentally, and I thought he was a monster. I was never able to rationalize with him and I was never patient enough to understand why. Brenden is a recovering drug addict and I hated him for using. His apologies never meant anything to me, because the next day he would have another outburst. My brother, Brenden, always ran into trouble with the law, and it wasn’t until I went to one of his court dates that I realized he was scared and wanted his life to change.
My neighbor always told me, “oh your brother has such a big heart! Try to be patient with him.” And to be honest, I always thought that was a load of crap. That is, until college rolled around. I took my first psychology class, and although I am no psychologist, nor did I have any interest in pursuing a degree in psychology, I realized that what was going on with my brother wasn’t a choice. And his endless apologies were actually genuine.
I started researching bipolar disorder and found out that the disorder is genetic. I called my mom and asked who else in the family had ever suffered from this, and she told me her uncle did. Her uncle was so depressed, she said, that he committed suicide. She told me that all she ever wanted me to do was to utilize patience with Brenden and to understand that I can’t always rationalize with him, and conversations with him weren’t going to take the natural, light, course they would with others. She made me realize that Brenden was making strides—he was apologizing, trying to control his outbursts, and suggesting more “family time”—but I wasn’t reciprocating. My relationship with my brother would never get better if I wasn’t willing to forgive him for the past and encourage him on his future.
So, one day, I decided that it was my turn to try. I have been forgiven for a lot of things in my life. Why was I worthy of being forgiven but didn’t think that he was? I couldn’t even look him in the eyes or be in the same room as him. And the idea of having a conversation with him made me sick to my stomach. On Christmas day, I struggled opening gifts near him or writing “Merry Christmas” on the card I had bought for him. I realized that in this situation, I was the monster. I was the mean one who constantly tore him down. I was the exact thing he couldn’t have in his life if he ever wanted to get better because just my body language alone suggested that I didn’t care for him at all, which I knew deep down wasn’t true.
***
Brenden and I are working on our relationship now. Conversation flows easily. Saying “love you!” isn’t forced. Hugging him when I come home from a trip isn’t difficult. And buying him gifts is honestly a joy.

What Brenden needed most was to be encouraged. He needed a hug when he was struggling to make sense of his surroundings. He needed to know that being happy was a possibility. He needed people to believe in him. I believed in him and it made all the difference. I never thought he would be alive to make it to my wedding day or college graduation. But here he is, standing at 24 years old, and he has completely transformed his life.
Brenden had a tough life growing up. But he decided that his disorder didn’t have to chain him. He decided he could be free. Brenden is working six days a week. He has already been promoted and absolutely loves his job. Brenden has a healthy relationship with one of the most wonderful people I know, his boyfriend Cole. Brenden is clean. Brenden is going to be taking classes in the fall to pursue his dreams of cutting hair. And Brenden has found a passion for life that I never thought he could have. I have never been more proud of him in my life.

Fear is crippling. His fear of life and his disorder confined him into a safety zone where he pushed everyone away and never took chances. But he overcame his fear. And his life has drastically changed because of it. We are given one life. Brenden realized he didn’t want to waste it. And through that, he taught me to be a fighter. To be open-minded. To love. And to not judge.
I want to say that I know how hard it is to be on the other end of this disorder. But taking the time to understand, being patient with, and encouraging him was worth it. I got my brother back. It is an absolute joy to see how much he has grown and how happy he is.
I hope these words speak to someone who is in the exact place where I was. I hope these words serve as the encouragement I needed when I was too busy tearing my brother down to notice the positive impact I could have on him if my mentality changed.